The Dairygold Malting Barley Competition 2020 is held every year to showcase our growers and their business practices, to show how they include the crop in their rotation and maintain excellent standards. From all in Dairygold we would like to take this opportunity to thank all four growers in allowing us to this and congratulate all on efforts made throughout the year. The winner of the Dairygold Malting Barley Competition will be announced at 1pm on Friday the 26th. 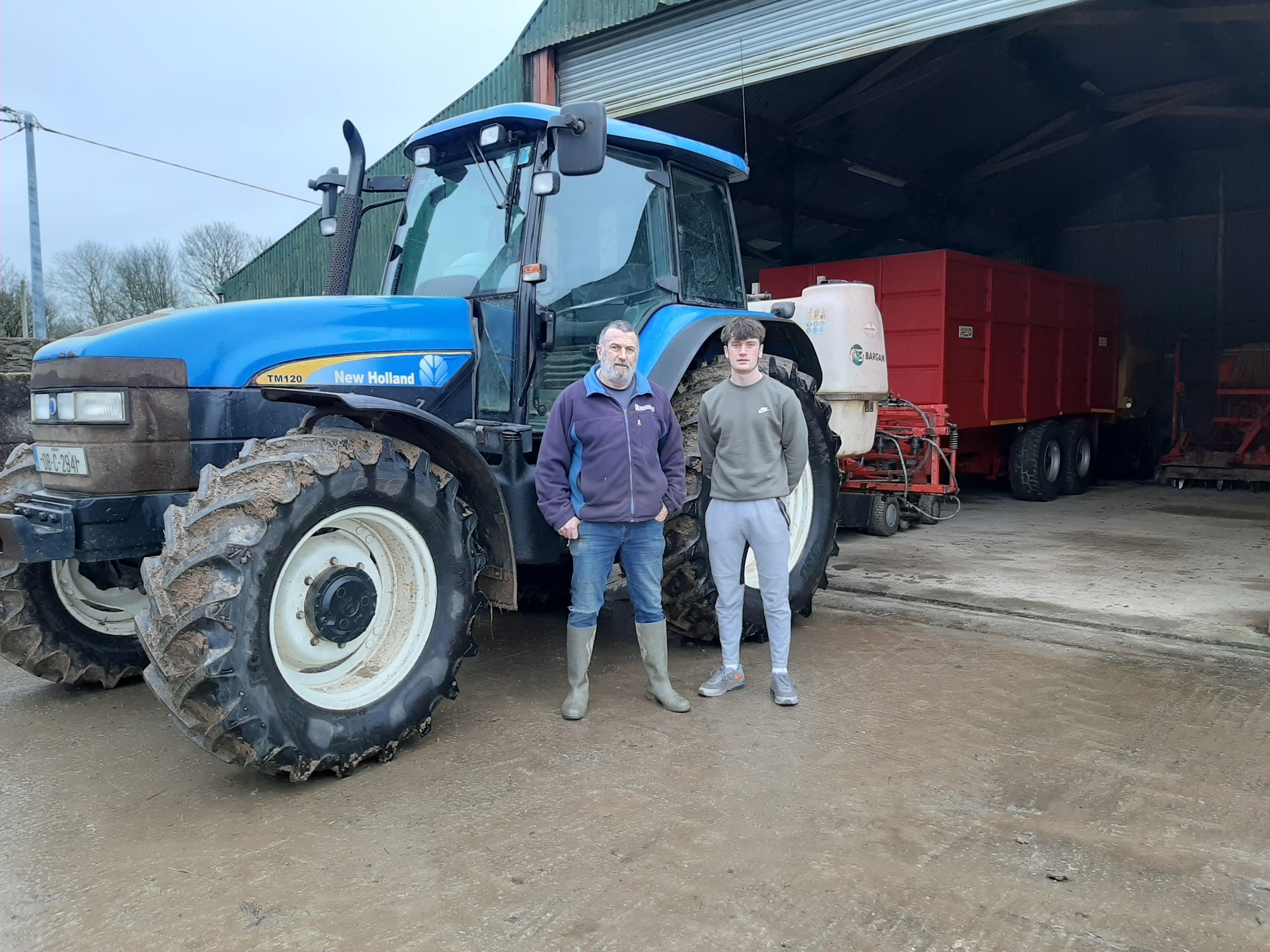 South Cork Tillage Farmer Martin Quinn farms in Minane Bridge with his wife Mary and three children and is this years mid/south Cork Malting Barley Grower Finalist for Dairygold. Farming 150ac of owned land, Martin devotes 36ac to forestry plantation and the remainder to tillage, usually split between Winter and Spring Barley and includes approximately 10ac of either wheat or oats for the three-crop rule.

Proving to be a consistently good grower for Dairygold, last season Martin maintained yields of 3.7 T/ac for winter barley, 4.5 T/ac for winter wheat and 3.4 T/ac for spring barley. Starting off at the last harvest Martin said he was very happy with the KPH and moisture levels of the grain supplied to Dairygold. However, after the 25th of August the weather deteriorated and simultaneously did the quality of the grain with very little passing for malting barley after this point. Martin works closely with his Dairygold ASM, Tim McCarthy where all programs are discussed and agreed to minimize all pesticide usage while at the same time promoting best farming practices and applying IPM practices wherever possible. Previously, Martin chopped straw to incorporate nutrients back into the soil. However, local demand for straw has significantly picked up in recent years, which sees Martin selling both small square bales and round 4×4 locally. He said, if demand doesn’t meet supply, he has no issue chopping it again as Martin can see the return in the improvement in fertility of the soil.

After harvest land is grubbed with a harrow and sown with cover crops mainly consisting of fodder
rape and leafy turnip. Having a strong awareness for the environment Martin embraces sustainable farm practices wherever possible. For example, he refrains from trimming hedges regularly and trims the sides very three years and cuts tops every four to five years, saying he likes to give the nesting birds and wildlife as much of a chance as practical. Bird boxes are installed throughout the farm. The Minane River flows through parts of the farm, where fish can be seen from time to time. Martin pays particular care to buffer zones and always keeps the recommended
distance from the riverbank when spraying. Having no cattle on the farm Martin sees as a disadvantage in terms of having no organic manure to spread and results in him spreading 13-6-20 and CAN + S fertilisers instead. 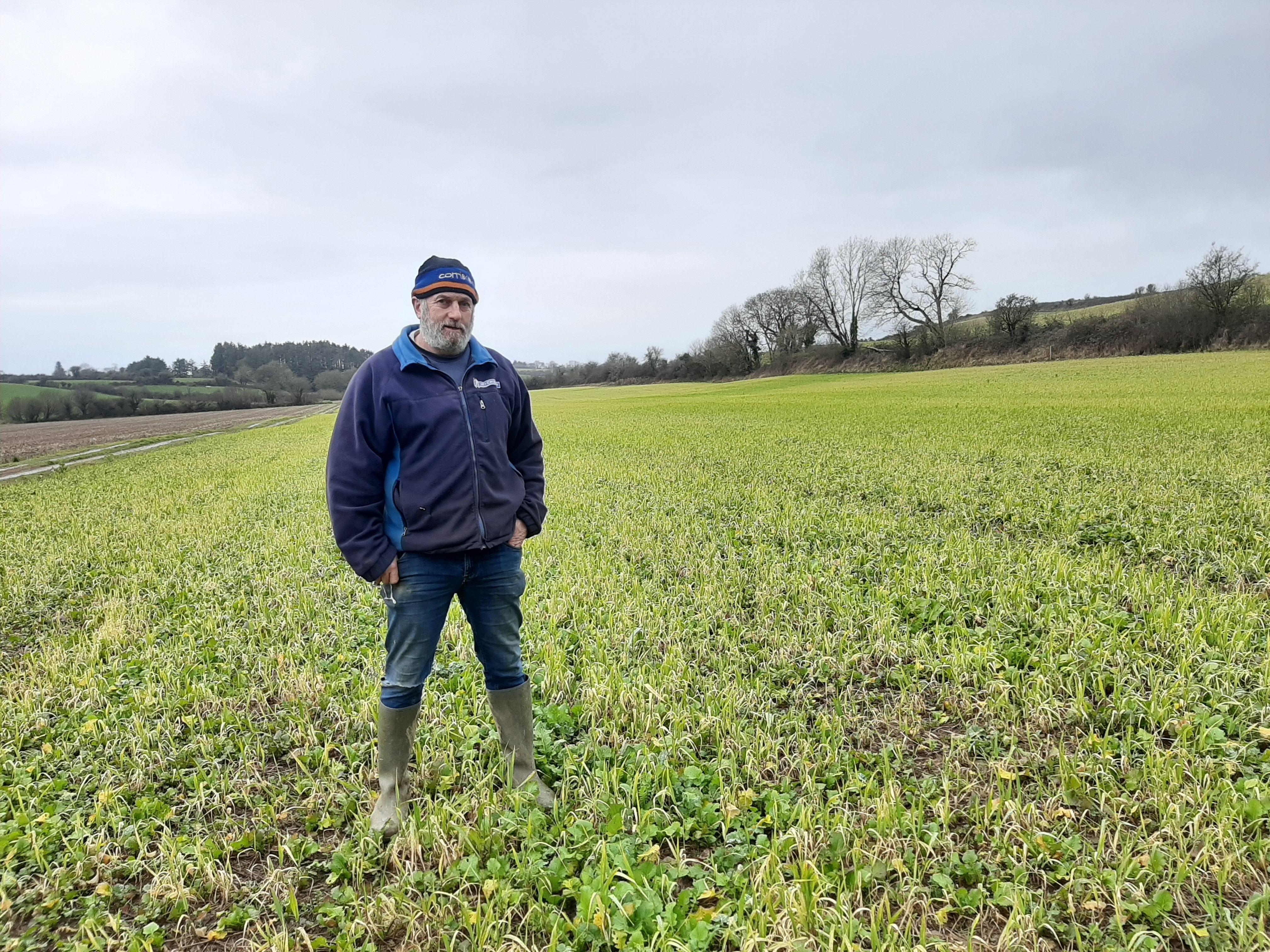 As for the area planted with Sitka spruce; it was planted because some of the land is extremely
steep and hilly with more being marginal land, making it very dangerous for working machinery. He
said there has been very little maintenance involved throughout the years, removing bog elder out of
the forestry recently but other than that it has been trouble free.

In recent years Martin also runs a very successful car hire business which takes up approximately 50% of his time, often late in the evenings, which fits in nicely with his tillage farming which he takes great pleasure and enjoyment from.

Enter our competition today by sending in your favourite tillage related photo to agriinfo@dairygold.ie along with your name and phone number to be in with a chance of winning a nature box.

Please click here to read about the east Cork Finalist.