Why Farmers Should Include Selenium in their Fertiliser Program 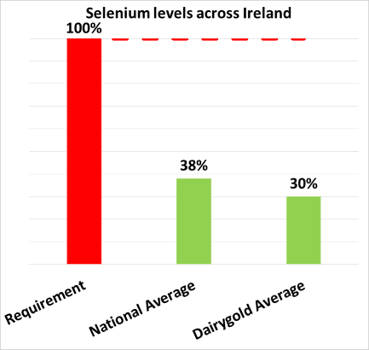 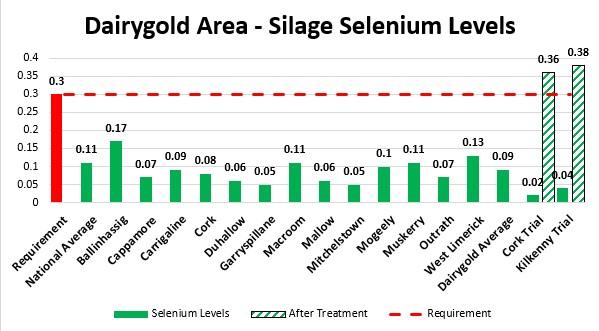 Raymond’s farm is naturally deficient in selenium and this needed careful attention each year.

Raymond started using selenium in his fertiliser back in 2017. He was aware of a selenium deficiency on farm. Since switching to using Goulding’s selenium fertilisers Raymond hasn’t had to worry about deficiency since. The selenium is taken up by grass and silage and is now fed throughout the year. “It’s in the diet, it’s there, without having to artificially replace it.” Fertility has improved and the overall herd health has improved also.

The easiest way to establish whether your farm has a selenium deficiency is to carry out a mineral scan on either grass or silage or to carry out a blood test on a number of animals. Cows require 0.30mg/kg of selenium in their diet so for grass and silage mineral scans, less than 0.16mg/kg can be considered low while less than 0.08mg/kg can be considered very low. The average selenium content in Ireland is 0.11mg/kg. 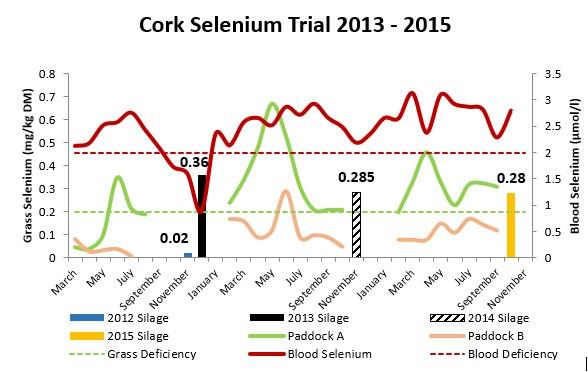 A similar trial conducted in Kilkenny from 2014-2016 has also shown the following results: 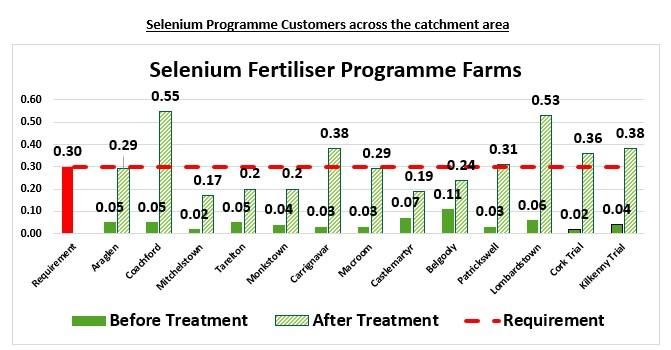 Farmers from all over have been taking part in our Selenium program and are delighted with the results.

Farmers who have used the full Selenium program on their farm have made huge savings as they have been able to cut out boluses, drenches, injections and liquid minerals as well as cutting down on the labour costs. Savings of up to €50/ha have been achieved when savings on infertility have been accounted for.