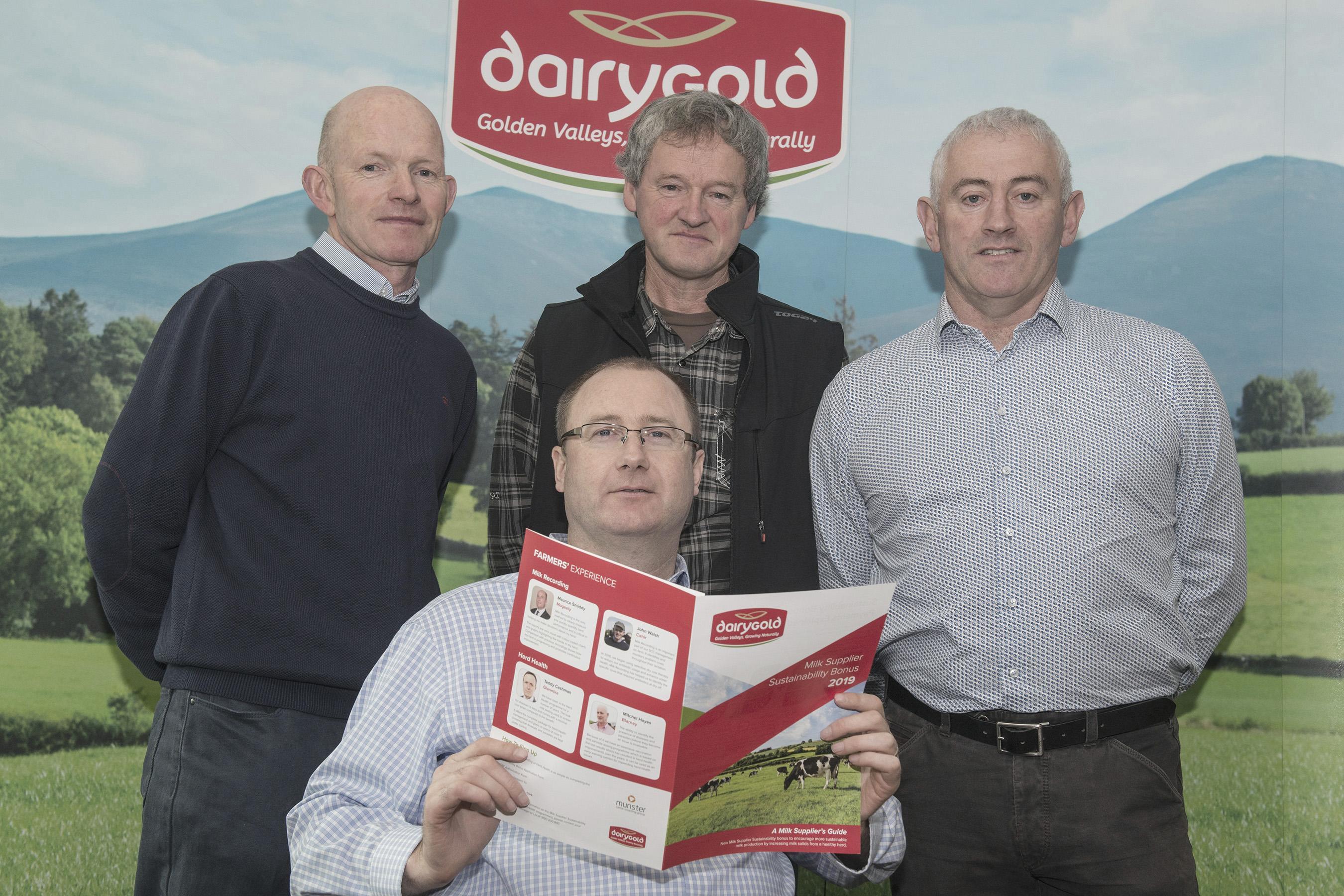 Dairygold has introduced a new bonus payment for Milk Suppliers. The Milk Supplier Sustainability bonus is designed to deliver healthier herds with the more productive cows thereby improving both the economic and environmental sustainability of the Dairygold milk production base.

Bonus payments will be made to Dairygold Milk Suppliers who participate in Milk Recording and Herd Health programmes. The programmes have proven returns for farmers in terms of herd performance and profitability.
Within the Dairygold supplier base Milk Recorded herds currently produce, on average, 50Kg more solids, per cow, per year, than non-milk recorded herds which is potentially worth an additional €23,650 per annum for a 100-cow herd.
Dairygold is offering Milk Suppliers who participate in Milk Recording a 0.1cpl bonus and another 0.05cpl bonus for those who join Munster Cattle Breeding Group’s Herd Health programme. These bonus payments together with the existing 0.1cpl SDAS bonus will mean a total of 0.25cpl in sustainability related bonus payments for Milk Suppliers on top of the existing milk quality bonus of 0.4cpl.

Speaking at the launch event, Dairygold Chairman, John O’Gorman said; “Dairygold has always sought to encourage more sustainable practices at farm level with initiatives like the Joint Farm Development Programme, the Sustainable Dairy Assurance Scheme and our Leanfarm programme. The new Milk Supplier Sustainability Bonus continues our work as we aspire to have all our suppliers involved in both Milk Recording & Herd Health. All the time aiming for Sustainable Dairy Farming to create an environment where our Milk Suppliers can produce milk in a more sustainable manner”.

The new Milk Supplier Sustainability Bonus is available now and will be paid from the month the Milk Supplier signs up to the programme.